Of all the trailing succulents which you can add to your indoor collection, one of the most unique s that of the String of Dolphins. As its name would suggest, the String of Dolphins is a trailing plant which features leaves which are shaped like a pod of dolphins! Here’s a complete care guide to the succulent plant which is known scientifically as Senecio peregrinus, as well as propagation and watering tips to help keep your plant healthy.

The String of Dolphins is part of the Asteraceae family and does not actually originate from nature but is instead a hybrid of String of Pearls (Senecio rowleyanus) and the Candle Plant/ Hot Dog Cactus (Senecio articulatus). Both of these plants originate from South Africa.

A trailing succulent, String of Dolphins can be as tricky to care for as the String of Pearls but, given the right conditions, will grow and thrive within your home. Though they can be grown outdoors in warmer environments, they are not at all frost hardy and so will do better in a home or greenhouse environment. The plant vines grow up to 6 inches long, making this a compact plant which will do well in a smaller space.

Are String of Dolphins rare?

Senecio peregrinus can be tricky to find and, as such, is regarded as a fairly rare succulent when it comes to plant purchases. This rarity also means that it can be much more expensive than other hanging succulents like that of the String of Turtles or String of Hearts.

Like most succulent plants, ensuring the right light conditions is essential to maintaining plant health and encouraging new growth. Between full and medium sun (such as on an East or West facing windowsill) will allow your plant to receive adequate amounts of sunlight.

It should be noted that while the Senecio peregrinus enjoys bright light (and without enough will wither and not dry out adequately between waterings), its leaves are susceptible to sunburn. If this happens, remove the damaged leaves immediately (they will not recover) and move the plant to a less bright spot.

How to water Senecio peregrinus

The most common cause of succulent death is overwatering and so implementing a proper watering schedule for your Senecio peregrinus is imperative. The two most common signs of overwatering are the leaves falling off the plant incredibly easily and yellowing/ mushy leaves.

With the former, be sure to reduce the amount that you water the plant. When the leaves of the String of Dolphins go mushy or turn yellow, they won’t revert back to green and healthy and so should be removed from the plant as soon as possible.

When in doubt, it is better to underwater your succulent plant than to overwater it. Like the rest of my succulent plants, I find that the best method for watering this Senecio plant is the soak and leave. What this means is that I will leave the plant to dry out entirely between waterings before watering it once more.

This significantly reduces the chance of root or leaf rot, from which there is little chance of the plant recovering. After all, the String of Dolphins has incredibly plump leaves which are already filled with water, making it incredibly tolerant to drought. Indeed, if you travel often or leave for long periods of time, then this trailing succulent is great to have due to the lack of frequency needed in watering the plant.

Best soil conditions for the String of Dolphins

Like most other succulents, String of Dolphin plants have fairly shallow root balls and so should not be planted into containers which are too deep. Too deep a container can lead to the soil retaining too much water, which in turn can lead to root rot.

When it comes to the type of soil to use, you’ll want to use a well draining soil that is formulated specifically for cacti and succulents. Though there is no prescribed mixture, the easiest course of action is to purchase a pre-mixed soil blend from your local garden centre or flower shop which sells cacti and succulents.

Provided that the succulent receives the right growing conditions, then it may well flower during the growing season (spring and summer). The flowers of the Senecio peregrinus are small, non-fragrant, and white. They are tiny and not much to write home about, but of course the joy of growing String of Dolphins lies in its stunning foliage.

One of the most joyful and fun parts of growing the vast majority of succulent plants (and an easy and cheap way of multiplying your collection infinitely) is just how easy it is to propagate your plants. Senecio peregrinus can be propagated both in water and in soil.

The best time to propagate your indoor houseplant is during the spring or early summer (i.e. the growing season). This way, you’ll be giving your new plants the best possible chance of survival. I personally find that the most effective way to propagate the String of Dolphins is by taking cuttings from the semi-succulent and laying them atop a layer of soil.

Be sure to take cuttings that have at least two or three nodes so as to ensure the best possible chance of propagation. Water the cuttings sparingly, so as to avoid root rot, and within a few weeks you’ll soon have a brand new plant.

Alternatively, you can root the cuttings in water. Be sure to remove the leaves at the end of the cutting so that they will not be sitting in water (this can lead to them rotting and ruining the chance of the cutting propagating in the water).

Like many succulents, the String of Dolphins can become particularly susceptible to pests when it undergoes severe stress (such as being under or over-watered). Some of the most common houseplant pests to affect Senecio peregrinus include mealybugs (the white fluffy cotton bud appearance pests), spidermite, aphid, and scale.

One of the first signs that the String of Dolphins is suffering from a plant pest is that its leaves will start to drop off or turn brown in colour. Luckily, with the right treatment and if spotted early enough, your gorgeous succulent should make a full recovery.

The other problem that indoor gardeners might face is root rot, which is a common problem in succulents if they’re overwatered. The first sign of this will be that the dolphin-shaped leaves of the plant start to fall off too easily. Stop watering the plant immediately and allow it to dry out before watering again. 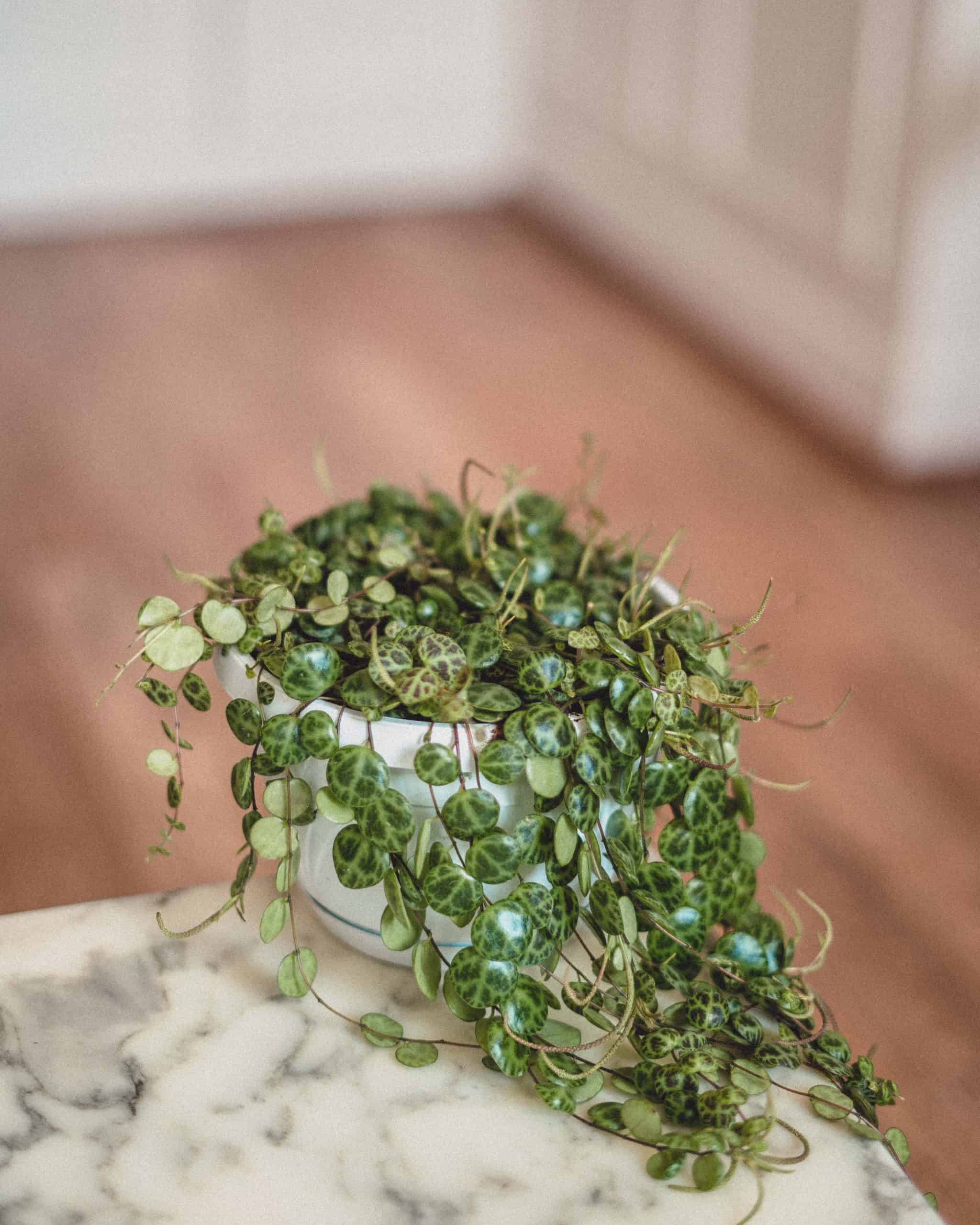