A climbing houseplant noted for its rich red wine coloured stems, the Philodendron Red Emerald is an easy care indoor plant which will make a fantastic addition to your indoor garden collection. The red variety of the Philodendron erubescens, which is also sometimes referred to as the Philodendron Peperomia, here’s a full Red Emerald Philodendron care guide, including when to water the aroid, how to propagate the plant, and the kind of home environment this evergreen plant enjoys. 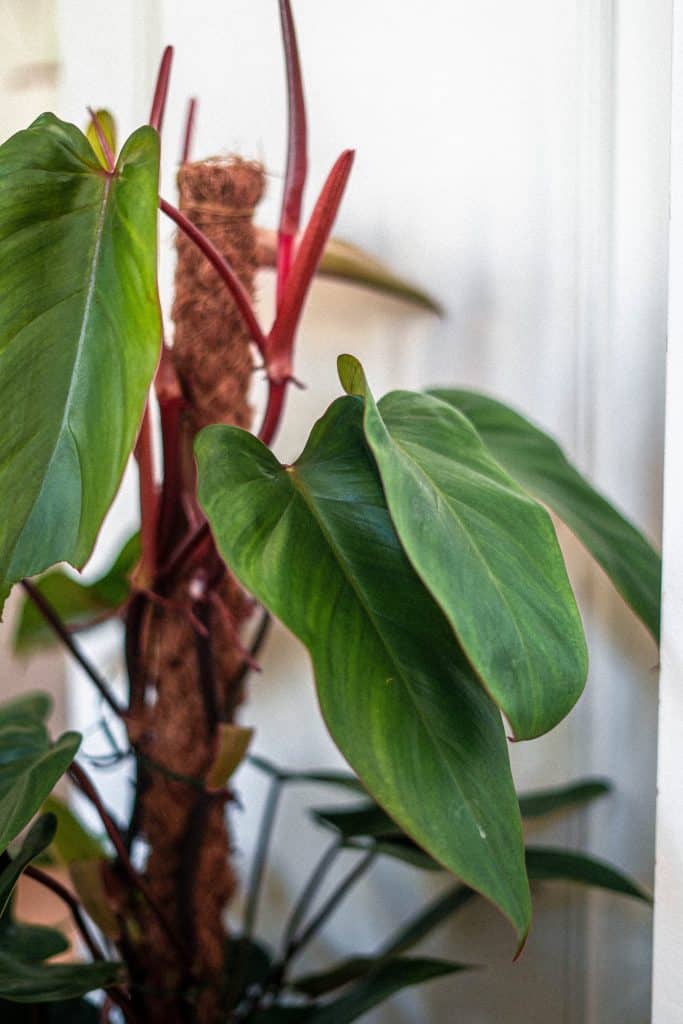 The Philodendron erubescens is sometimes referred to as the blushing philodendron and is a flowering plant which is native to  Colombia. Part of the Araceae family, this philodendron is known for its heart shaped leaves and deep red flowers (though it’s hard to get a houseplant philodendron to produce flowers).

Please note that all parts of the Philodendron Red Emerald are toxic to humans and pets. The plant contains oxalate crystals which are an irritant. 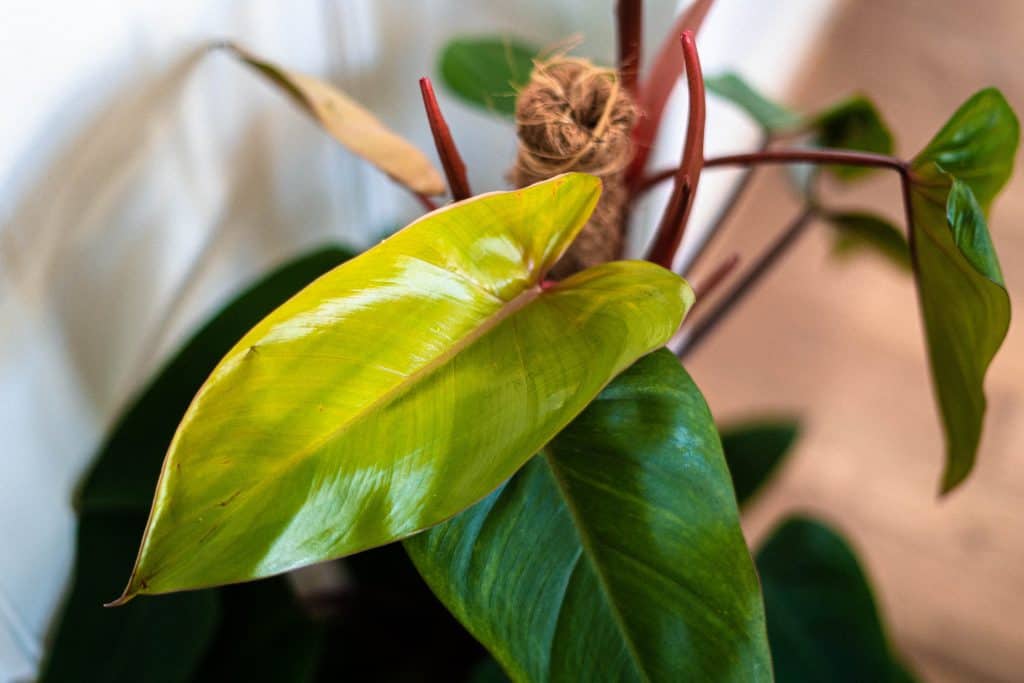 A relatively easy plant to care for, one of the biggest problems you’ll likely face with your Philodendron erubescens is overwatering. As such, when it comes to caring for the plant, it’s better to err on the side of under-watering as opposed to overwatering.

Though less forgiving than the heart shaped philodendron, the plant will likely survive a missed watering or two. The plant is also a lot less susceptible to plant water and browning leaf tips than many Calatheas.

Do not let the plant completely dry out between waterings. During the growing season (spring and summer, be sure to fertilise the Red Emerald once every few weeks). If the plant is receiving too much water (and is therefore at risk of root rot), the leaves will turn yellow.

Like many other aroids, Philodendron Red Emerald enjoys being in moist soil that is not too oversaturated, as this can lead to root rot. Instead, be sure to pot the plant in a well-draining soil with some organic matter and perlite.

Though there is no specific recipe, a pre-made soil mix which is formulated specifically for aroid plants can easily often be picked up at your local garden centre. If the soil you purchase is too heavy, then you can try adding some sand.

Soil aside, one of the most important considerations for the Philodendron Red Emerald is that it has a pole to climb up. Moss poles are often used as they create great purchase for the vining philodendron, though you can help the plant on its ascent by attaching the plant to the pole with clips.

Much like the Philodendron Silver Sword, the Red Emerald enjoys medium indirect light, i.e dappled sunlight or partial shade. Avoid direct sunlight areas such as directly in front of a south facing window as this will scorch the leaves and cause the soil to dry out too quickly.

With this being said, the brighter the exposure to light, the deeper red the stems of the plant will become. Thought, the plant will grow slightly faster in lower light levels, the leaves will be slightly smaller as a result. 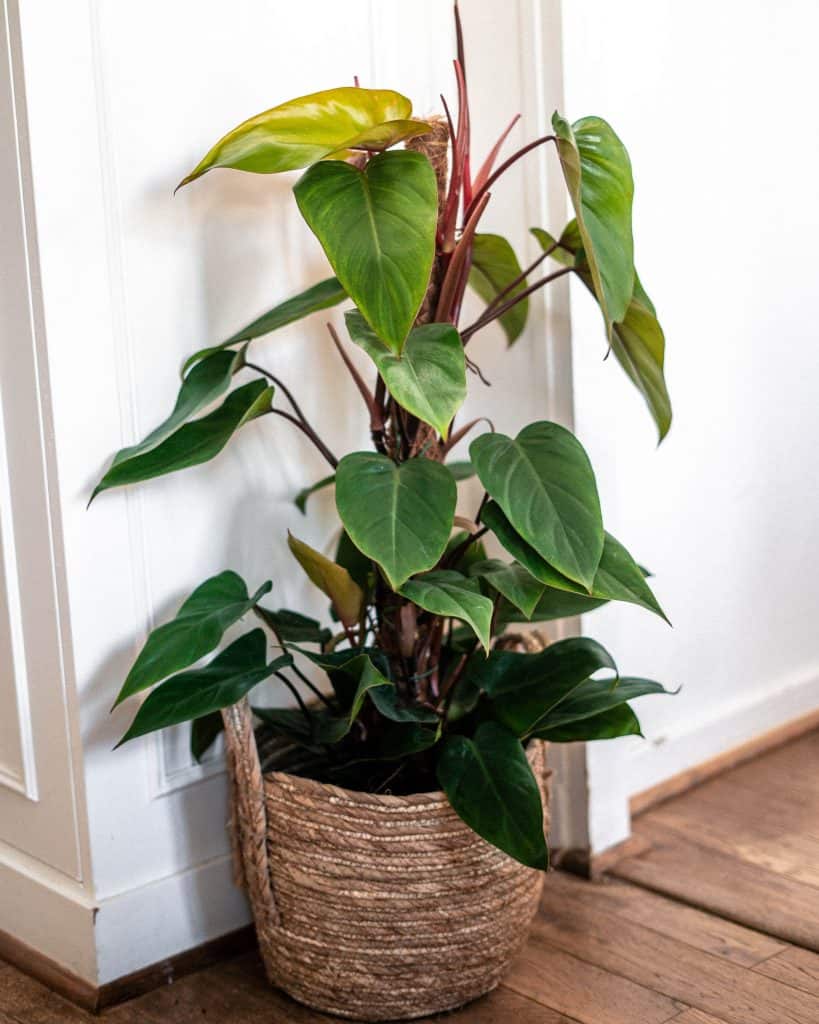 How to propagate Red Emerald Philodendron

Creating new plants from your Red Emerald Philodendron couldn’t be easier and is a great opportunity to create free new houseplants for yourself or gifts for other plant loving friends. Simply cut the plant with a section that includes one, and preferably two, nodes.

Then place the cutting of the blush philodeondron in water and wait for several weeks (sometimes a couple of months), and roots will begin to form from the node. Once the roots are several inches long and the plant is water rooted, pot up the cutting in a well-draining potting mix and you’ll have a brand new plant addition to your home. Avoid overwatering your newly created potted cutting! 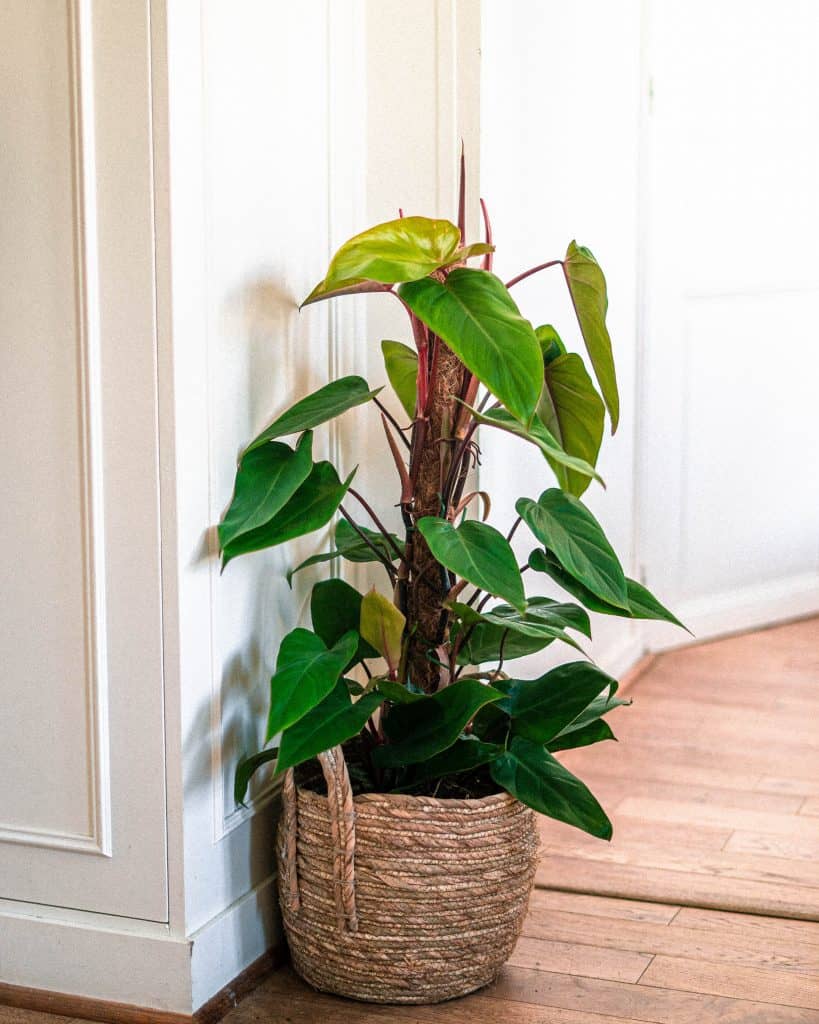 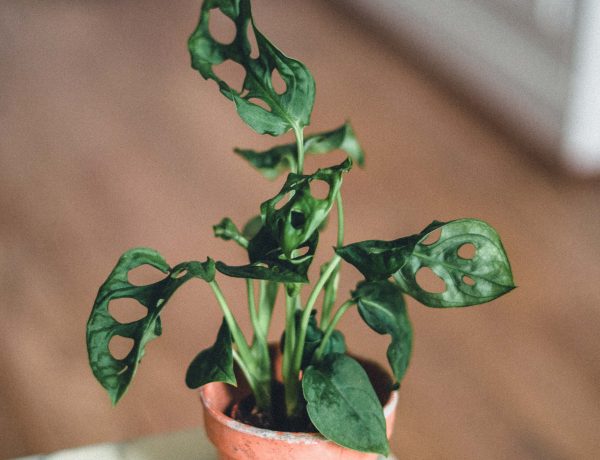 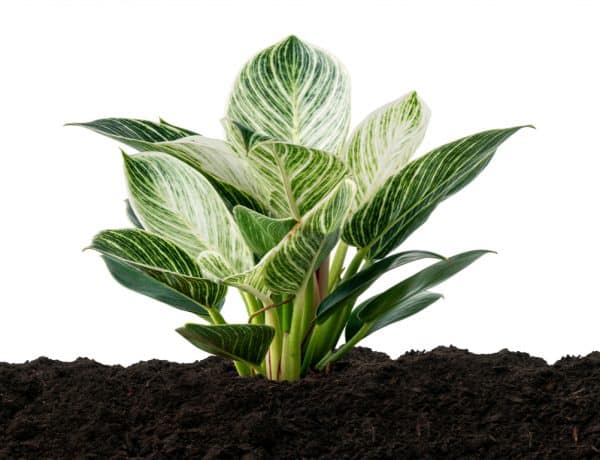 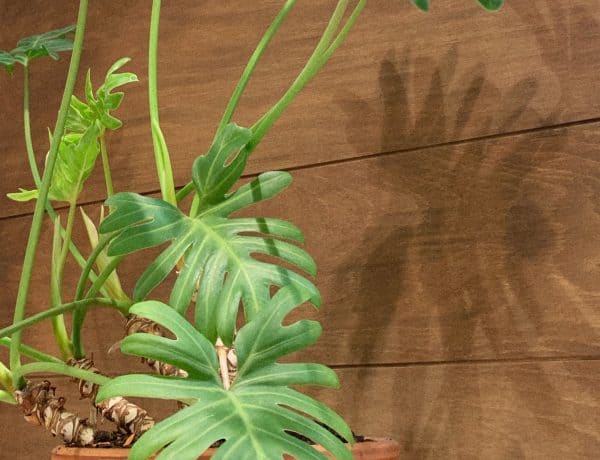