The Calathea zebrina is a beautiful prayer plant which will add a fun textured leaf and pop of colour to any indoor gardener’s collection. Here’s your ultimate Calathea zebrina care guide, including watering tips, how to propagate this prayer plant, and other advice for maintaining a healthy plant!

Calathea zebrinas originate from Brazil and are characterised by their big, oval shaped leaves (which can grow up to 2 foot in length, given the right conditions) which are light green in appearance with darker green horizontal stripes. In an ideal condition, the Calathea zebra can grow up to three foot high. 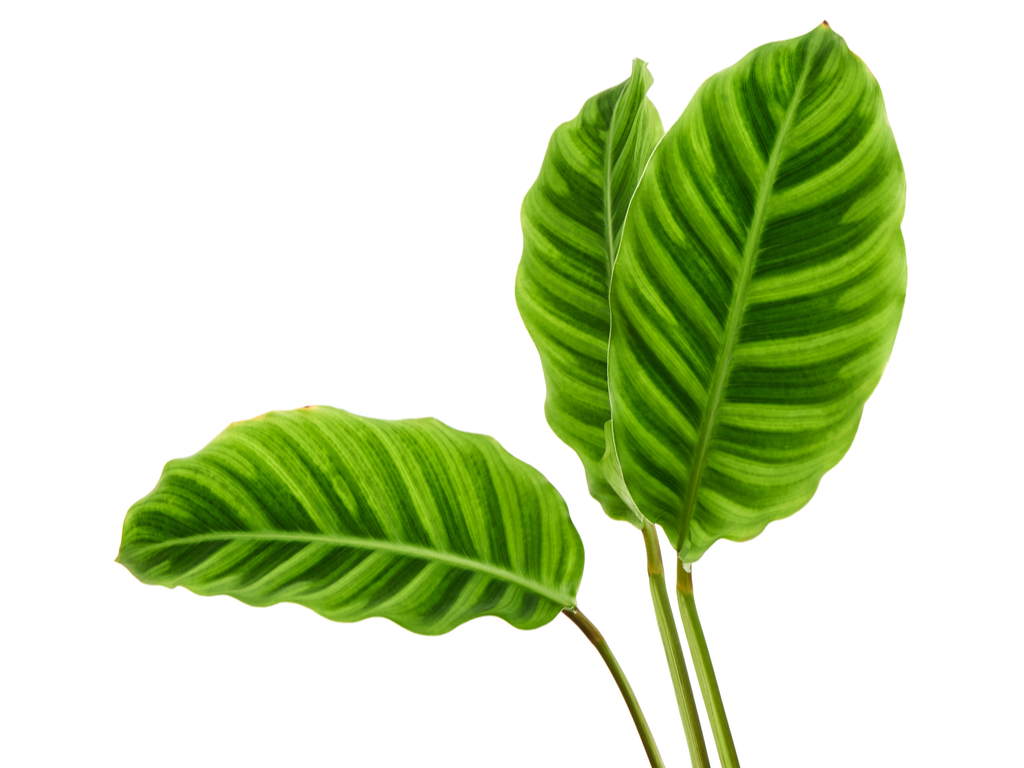 Plant names not to confused with Calathea zebrina

Please note that, while appearing pretty similar, the Calathea zebrina should not be confused with the Calathea Warscewiczii, which also has velvet-like leaves. With this being said, while the top side of the leaves are both patterned with a light green and dark green patter, while the Warscewiczii has maroon undersides to its leaves, the zebrina is a plain green.

This is pretty rare for a prayer plant, with most having deep undersides to their leaves in order to help them reflect light back into the green plants of the leaves in their natural habitat of the jungles, where light conditions can be tricky. One of the only other examples of Calatheas which doesn’t have green undersides to its leaves is that of Calathea leopardina. 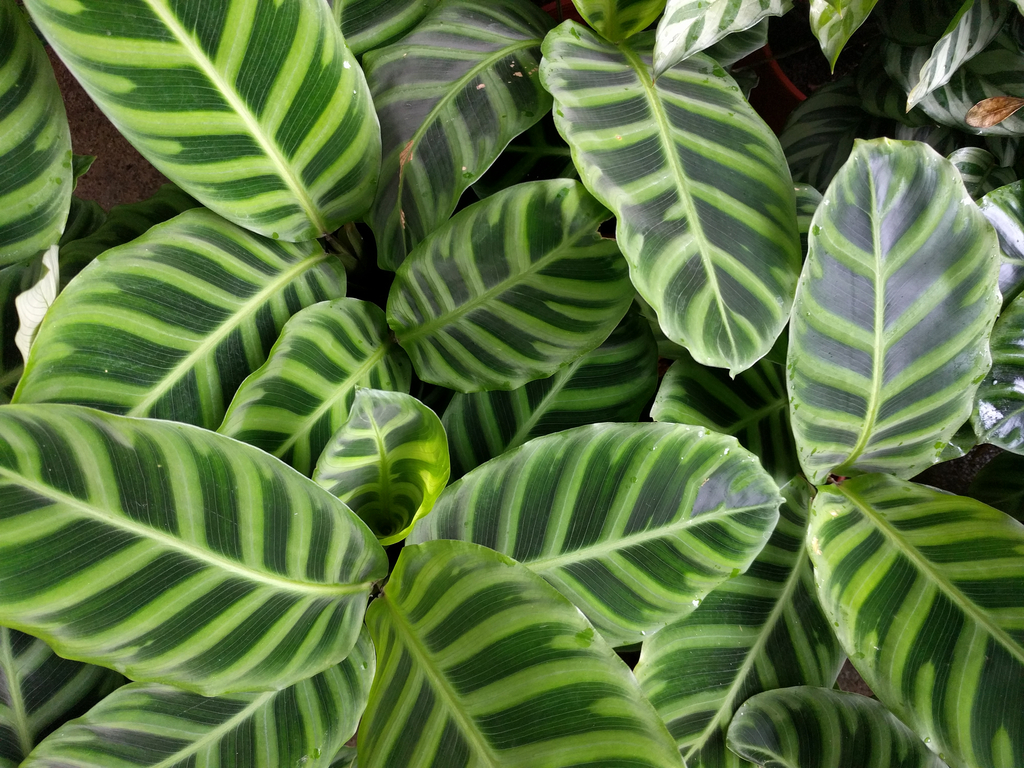 Light levels for the Calathea zebra

Prayer plants originate from jungle regions and so are used to growing in dappled sunlight under the foliage of larger trees. As such, the Calathea zebrina should be grown in bright, indirect sunlight. If the plant is grown in too much sunlight, then its leaves will become discoloured and less vibrant.

It’s a common misconception that prayer plants can be grown in low light. Though they will grow in lower light conditions than some other common houseplants, it’s simply false that they don’t need light to survive, let alone survive. Placing the Calathea zebrina a few feet away from an east or west facing window should allow for the plant to receive adequate light. 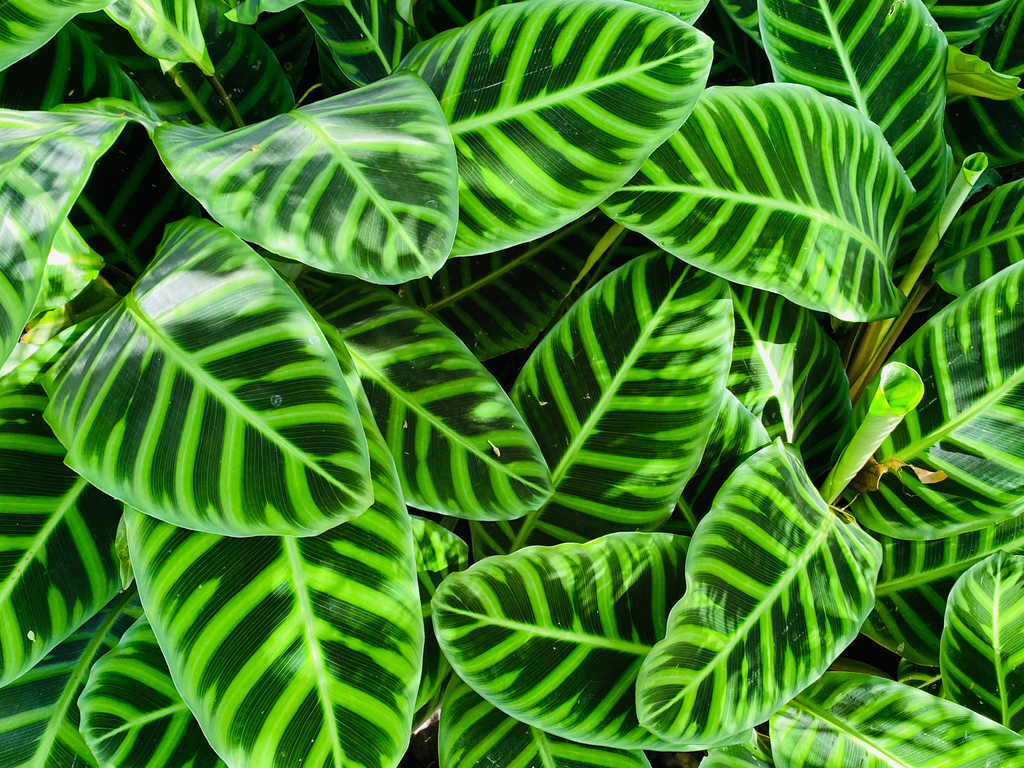 One of the most important things to bear in mind when growing Calatheas is that you make sure that they receive the right amount of water. Calatheas like to be moist at all times but don’t like to have their feet sitting in water as this can lead to root rot, from which there is little chance of recovery.

As such, the best course of action is to water the plant little but often. Wait until the top inch or so of the soil is dry before re-watering. Yet another common problem that many indoor gardeners face when it comes to growing Calatheas is brown leaf tips.

This is often due to the quality of the water that you are giving the plants and the number of minerals within it. In order for extra guidance on this issue, be sure to check out our guide to fixing Calathea browning leaf tips.

Since the watering conditions for the Calathea zebrina are quite important, it goes too that you should select the right kind of substrate in which to grow the plants so as to make sure that your plant has the best possible chance of thriving.

Though there is no prescribed soil mixture per se for the Calathea zebrina, you should ensure that the plant is potted into a well-draining soil mix that is around 1/3 organic matter and 2/3 well-draining substrate such as sand or perlite.

If you don’t want to make your own recipe, then you can also purchase pre-mixed soil which is created for indoor plants at your local garden centre which sells indoor plants. Last but not least, the Calathea zebrina should be lightly fertilised once a month or so during the growing season.

If the plant receives too much fertiliser, then it can become leggy. When fertilising any plant, be sure not to fertilise straight onto dried roots (instead water the plant a little the day before you plan to fertilise) so as to prevent root burn when fertilising. 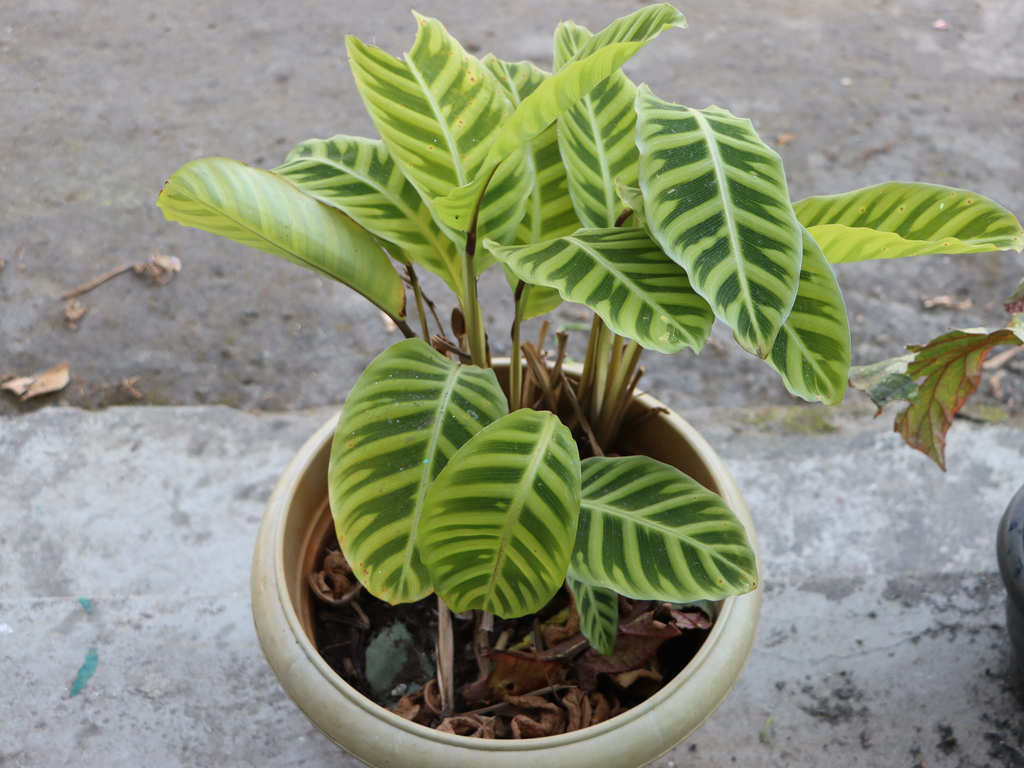 Unfortunately, most types of Calatheas grow via rhizomes and so cannot be propagated by rooted stem cutting. Instead, propagation is through division whereby the plant is divided at the roots into several plants during the start of the growing season (i.e. in the spring and summer).

Following division and repotting, be wary not to overwater the plants. As each individual plant is smaller than the original, they will require less water. Newly divided plants will also appear to grow slower than more established ones which have not been repotted recently as the plants will focus on growing new root systems before putting out new foliage.

With the exception of perhaps the Calathea crocata, most Calathea varieties have rather bland flowers which are not really much to look at. After all, the appeal of growing Calatheas (and most prayer plants in general) stems from their vibrant and beautiful foliage as opposed to their flowers! 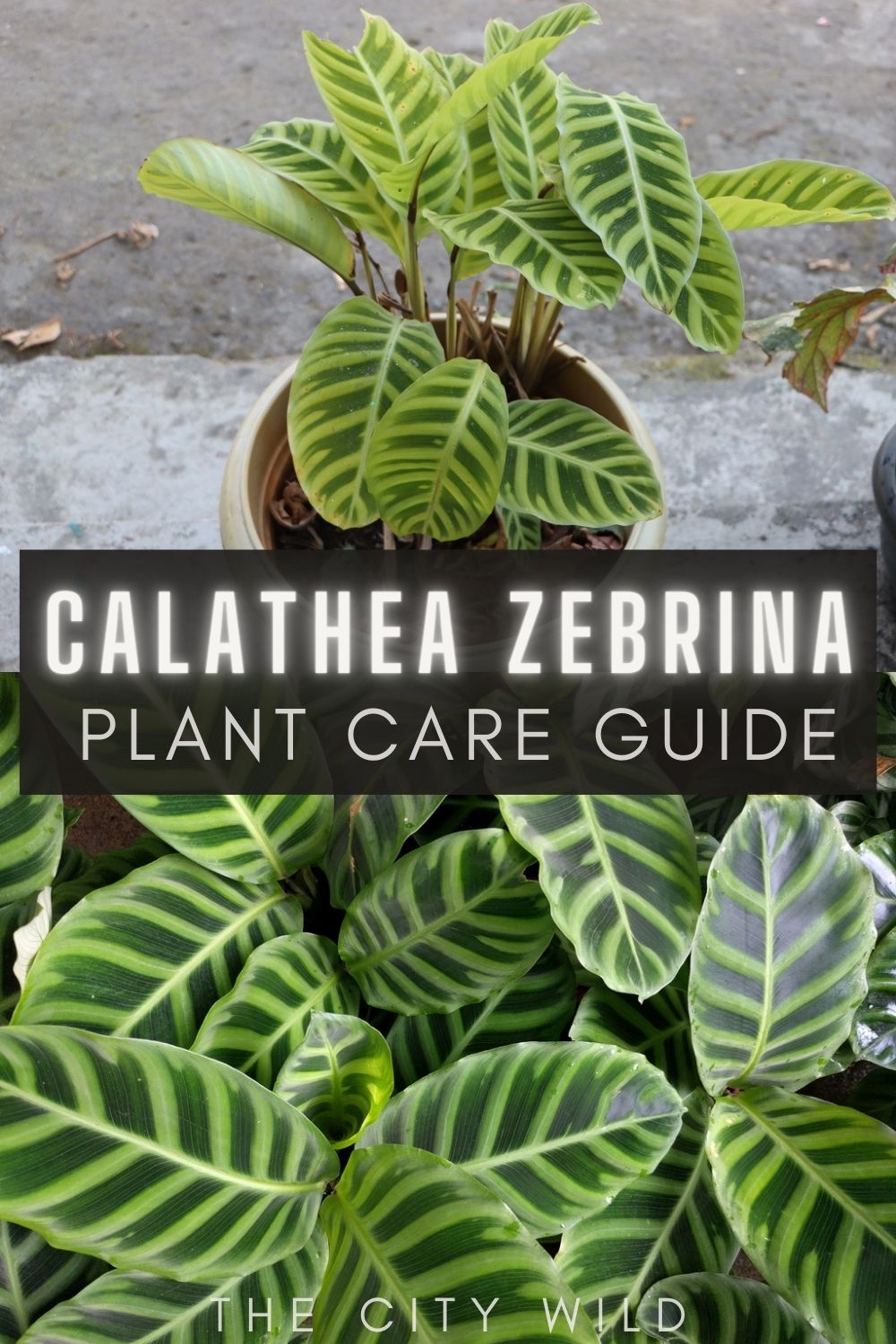 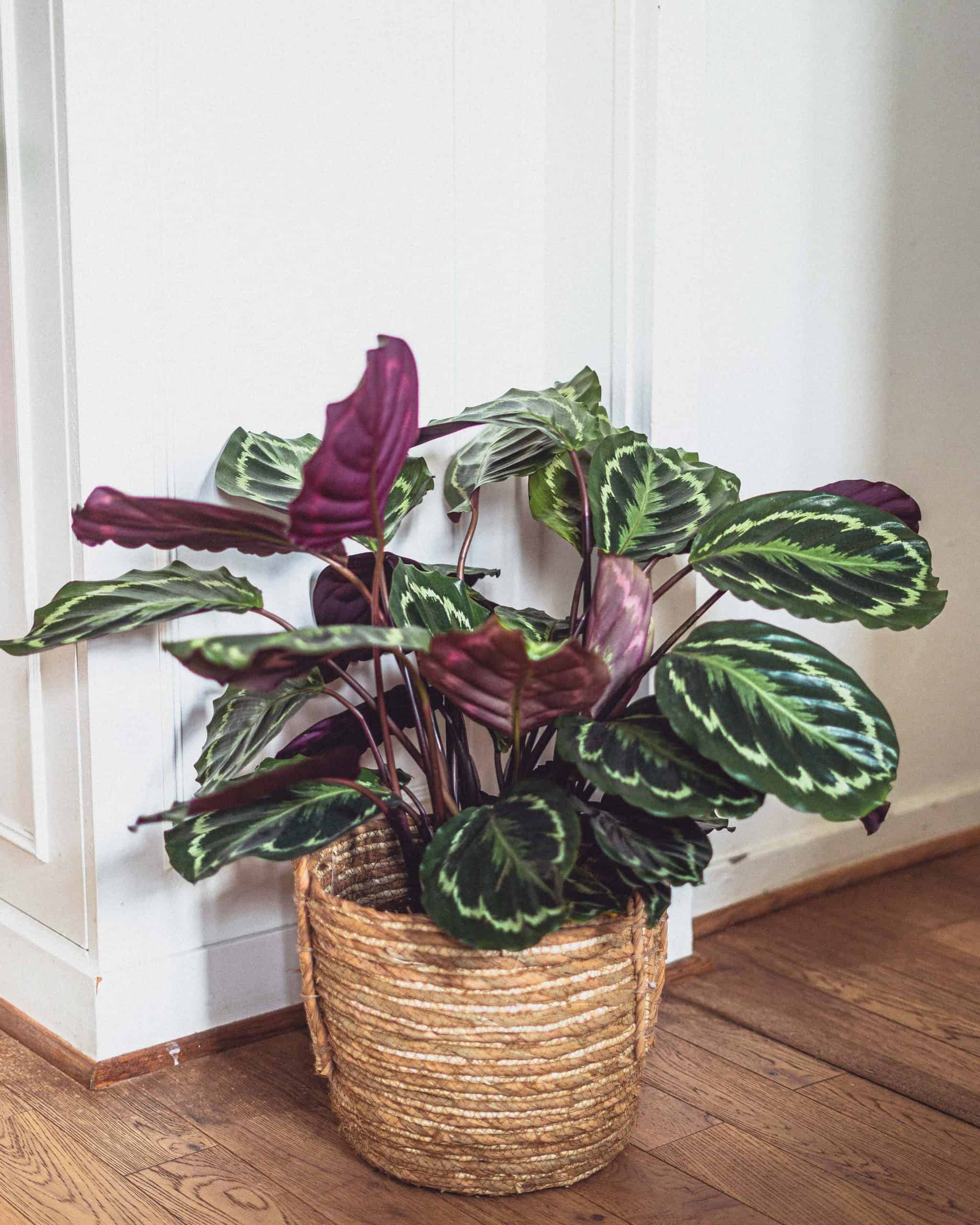