The velvety green leaves of the Calathea Warscewiczii, sometimes referred to as Calathea Jungle Velvet, are characterised by their darker green banding throughout the leaves and deep maroon undersides (incidentally, the leaves look fairly similar to the Calathea Roseopicta), though are more velvet feel to the touch.

It is rather rare to encourage a Calathea plant to flower indoors and the houseplant instead is kept due to its striking and beautiful leaves. However, if your plant does reward you with some blooms, it will likely be in the late winter or early spring and the flowers are small white flowers on tall stems. Flowers will typically bloom for three to four weeks.

Last but not least, please note that the two toned plant is now classed as Goeppertia warszewiczii for taxinomic reasons. The plant comes from the Marantaceae (prayer plant family), which originates in central and South America. All parts of the Goeppertia (Calathea) Warszewiczii are toxic.

One of the most important aspects to consider when caring for your plant are its humidity levels. This is one of the top causes of browning tips in Calatheas. If you want even more tips on how to deal with browning Calathea leaf tips, check out our complete guide here.

Otherwise, one of the easiest ways to maintain high humidity levels for your plant is to group Calatheas together, or instead leave jars of water across your home. Alternatively, a calathea plant can also do well in a well lit bathroom.

Calatheas are also pretty fussy when it comes to the minerals found in tap water, and this can lead to brown patches or leaf tip browning. If this begins to happen to your plant, consider using a water filter, or alternatively leave water out overnight before watering your plant.

Like every other Calathea variety, the Warscewiczii Calathea likes to be moist at all times and does not enjoy drying out between waterings. With this being said, the Calathea remains prone to root rot and so wants to be kept damp but not soggy. Be sure to purchase a well draining mix that is specifically for houseplants, and if you can, one which is specifically formulated for indoor jungle plants.

Though Calatheas are often advertised as being low light plants, this is simply not the case! While they can tolerate much lower levels of light than succulents, they should also not be kept in very dark spaces.

Close to a north facing window or several feet away from a south facing window in a corner of your apartment are both great placement options for the Goeppertia (Calathea) Warszewiczii. This particular Calathea variety is one of the fussier ones, together with the Calathea Orbifolia. If you’re looking for a good beginner Calathea prayer plant, then I recommend looking at the Calathea Roseopicta. 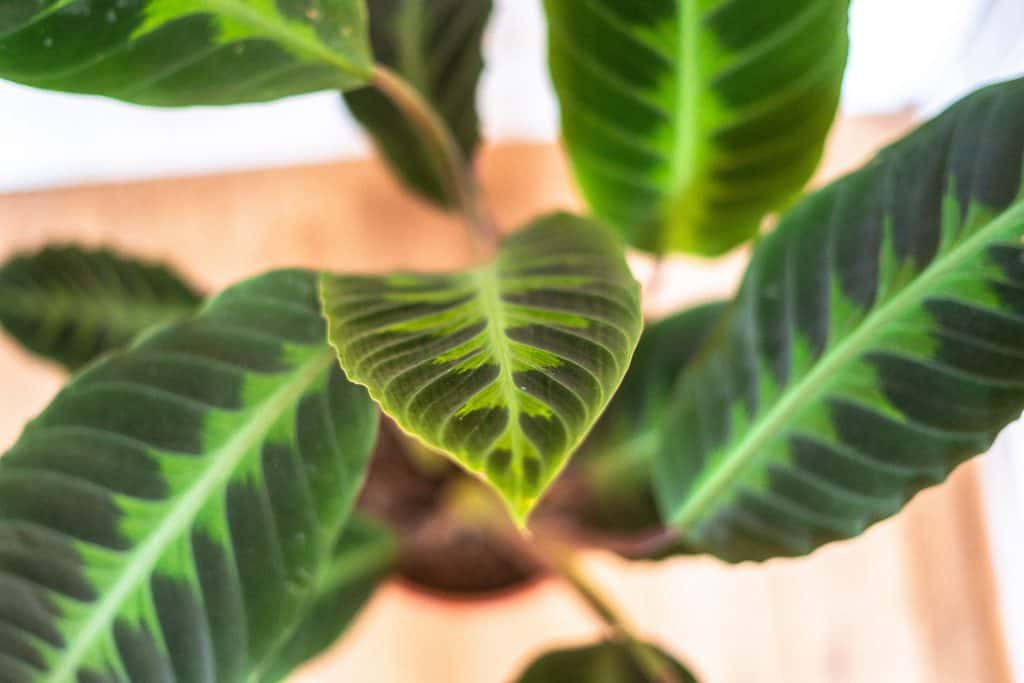 Unofrtunately, like all other Calatheas (but not all prayer plants), the Calathea Warscewiczii cannot be propagated via cuttings rooted in water or the soil. Instead, the easiest way to propagate the plant is via soil division at the start of the growing season (spring and right up until early summer). A mature plant can easily reach four foot in your home, meaning that this Calathea certainly isn’t the smallest of houseplants to maintain!

Due to the nature of the soil of the Calathea always having to be kept moist, this unfortunately means that the soil becomes prone to fungus gnats. These annoying flies tend not to do too much damage to healthy plants, as long as the infestation is quickly dealt with and brought under control.

Other than that Calatheas are particularly susceptible to scale and spider mites. Spider mites tend to appear when the plant is stressed, such as from under-watering and not receiving enough humidity.

Another common cause of plant stress is when the plant is root bound, which is to say that the pot is too small and the plant should either be repotted in a larger container or divided into smaller plants before repotting. Spider mites can be treated using insecticidal soap. Scale can be treated with neem oil. 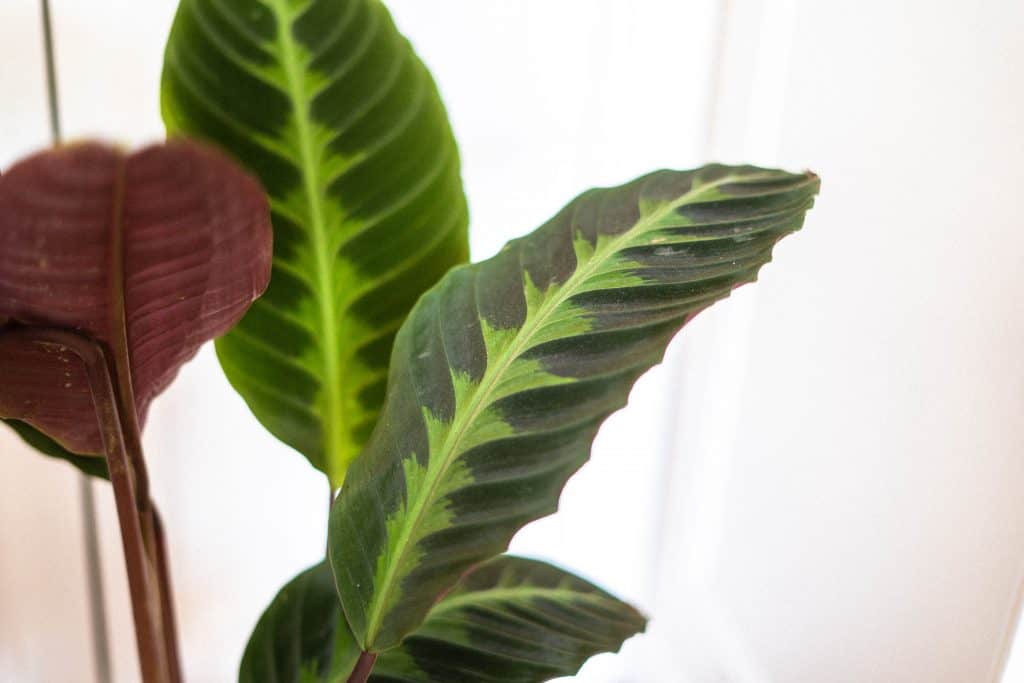 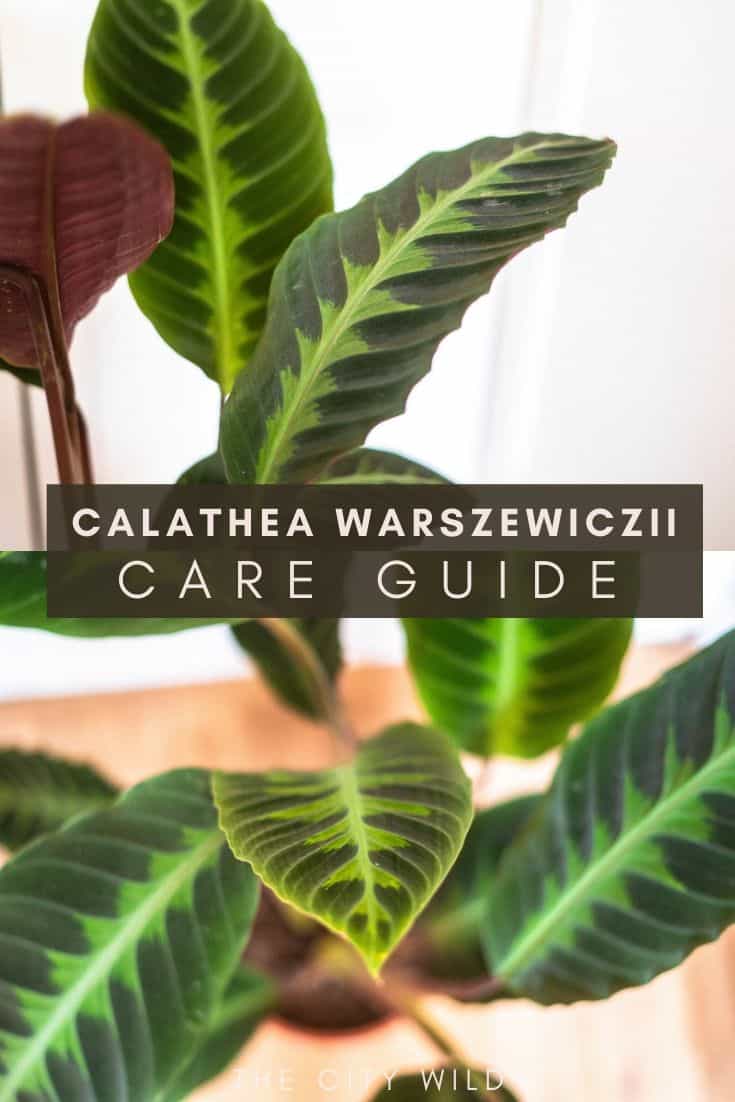