Calatheas are popular houseplants and for good reason! Thanks to their vibrant and beautiful foliage, they make a stunning addition to your home and can brighten up many spaces within your interior. The Calathea Ornata (which is also often referred to as the Pinstripe Calathea thanks to its distinctive markings) is particularly common, though is not always the easiest plant to look after.

Here’s a complete Calathea Ornata care guide as well as watering and care tips (as well as how to propagate the Pinstripe Calathea)! 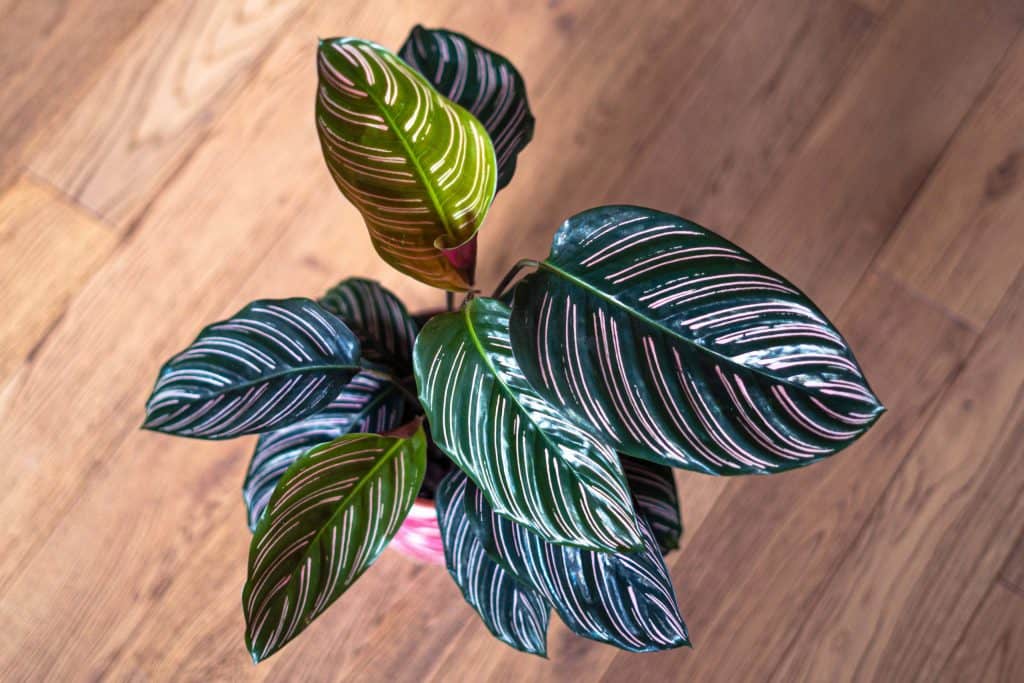 The plant is characterised by its dark glossy green leaves which are striped with pastel pink and white lines which appear as they have quite literally been painted on with a brush! The underside of the leaves is a deep mauve, which allows the plant to soak up as much light as possible in its natural environment, the forest floor.

One of the more ‘fake looking’ houseplants, Calatheas originate from the rainforests of South America and so enjoy particularly high humidity and indirect sunlight. As part of the Marantaceae family, these stunning plants are known as ‘prayer plants’ thanks to the fact that the leaves move up and down throughout the day.

During the daytime, the leaves will lie flat, whereas at night, they’ll fold upwards. If the leaves start curling (new growth not included- new leaves will grow upwards and slowly unfurl- new leaves will also be lighter green in appearance), this indicates that the Pin-stripe Plant requires more water. 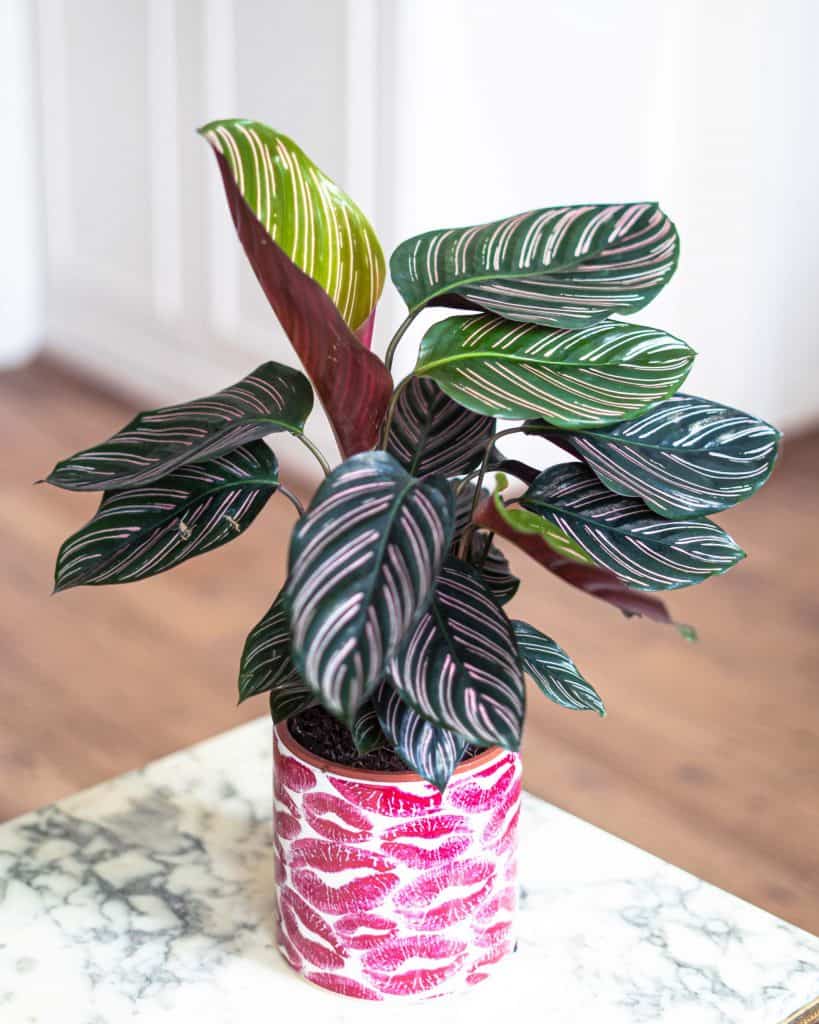 The Ornata plant is a little more fussy than some other species of Calathea and so requires more attention than the average houseplant. This is particularly true when it comes to watering. One of the most common problems in the Pinstripe Calathea is that of the water quality; Calatheas don’t enjoy hard water, fluoridated water, and the like.

The first symptom of this is browning leaf edges and so consider using distilled or rainwater if this occurs. If you want even more tips on how to deal with browning Calathea leaf tips, check out our complete guide here.

Calatheas enjoy being damp at all times but don’t like to be sat in water as this can lead to root rot, from which there is little chance that the plant will recover. As such, be sure to pot the Calathea in a well-draining potting mix and wait until the top inch or so of the soil is dry before re-watering.

When it comes to watering, it’s better to do so little and often. Mist your Calathea a daily basis so as to maintain high humidity levels. You should also be sure to avoid extreme cold. The Calathea is happiest at temperatures of 16 degrees Celsius and above.

The other main consideration to consider when looking after your Pinstripe Calathea so that the plant thrives are the light levels that the plant gets. Though it’s commonly said that the Calathea will do well in dark light levels, this is simply not the case. Instead, bright indirect light is best.

Consider placing your plant in a corner close to a window such as a few feet away from an East or West facing window. You should avoid placing the foliage in direct sunlight as this can lead to discolouration of the leaves.

If this happens, a different placement for the plant should be considered. The Ornata is fairly fast growing and, under the right conditions, will put out new leaves on a regular basis. This is particularly true during the growing season.

Typically, your Calathea will need to be repotted every two years or so. When repotting, place in a slightly larger container (no more than a third larger than the previous pot) and avoid sizing up your plant pot too much as this can lead the plant into going into shock or lead to the plant developing pests.

As water is such an important consideration when it comes to the pinstripe Calathea, then it’s vital to choose the correct soil mix so as to ensure that the plant can drain properly and will not develop root rot.

Though there is no prescribed recipe or soil mix, it’s important that the plant is potted into a substrate that is slightly organic but also contains well-draining materials such as perlite or sand. If you don’t want to create a mix yourself, then a plant that’s ideal for indoor houseplants can easily be purchased at your local garden centre which sells inside plants.

Unfortunately, unlike most aroids and many species of succulent, Calatheas cannot be propagated by stem cutting. Instead, propagation is through division whereby the plant is divided at the roots into several plants during the start of the growing season (i.e. in the spring). Following division and repotting, be wary not to overwater the plants. As each individual plant is smaller than the original, they will require less water.

Like other species of Calathea, such as the Calathea Medallion, Pinstripe plants are particularly susceptible to scale and spider mites. Spider mites tend to appear when the plant is stressed, such as from under-watering and not receiving enough humidity. They can be treated using insecticidal soap. Scale can be treated with neem oil.

Although prayer plants seem more susceptible to spidermites, Mealybugs are also a possibility when it comes to pests of the Calathea ornata. Luckily, they are incredibly easy to treat. Mealybugs look like small balls of cotton that are around half a centimetre across. They should be wiped off immediately when discovered, and if possible, the plant should be repotted. 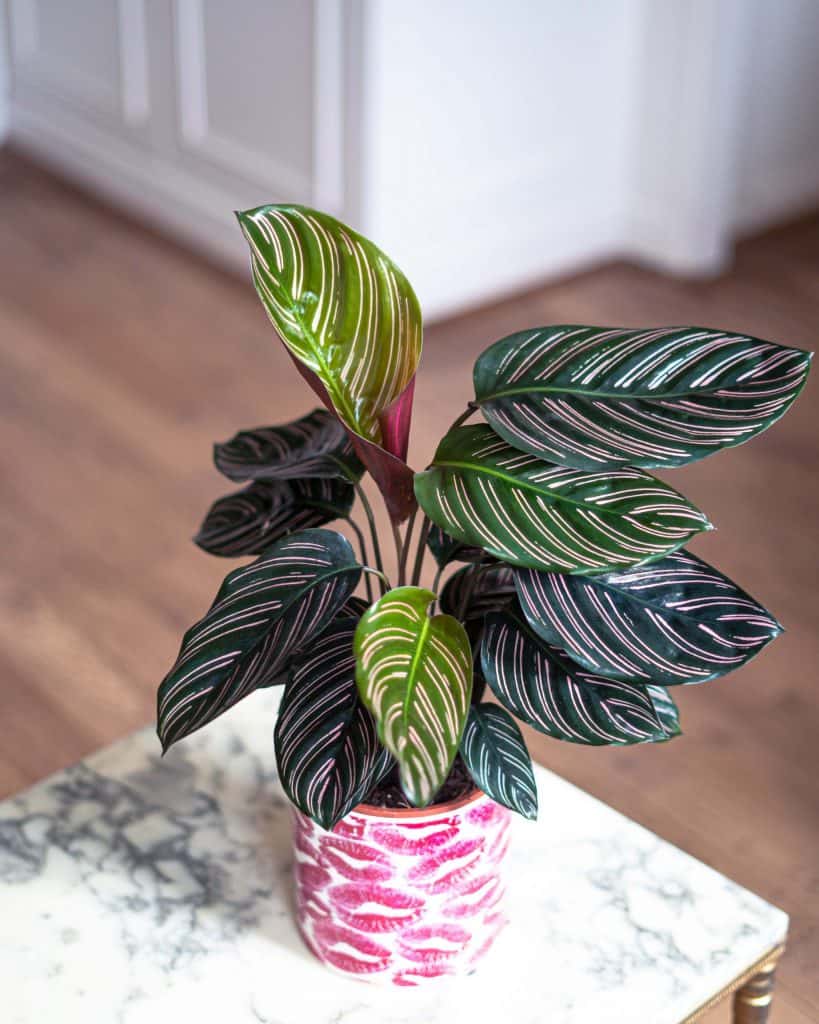 Enjoyed reading about how to care for the Calathea Ornata? Pin this guide now, read it again later: 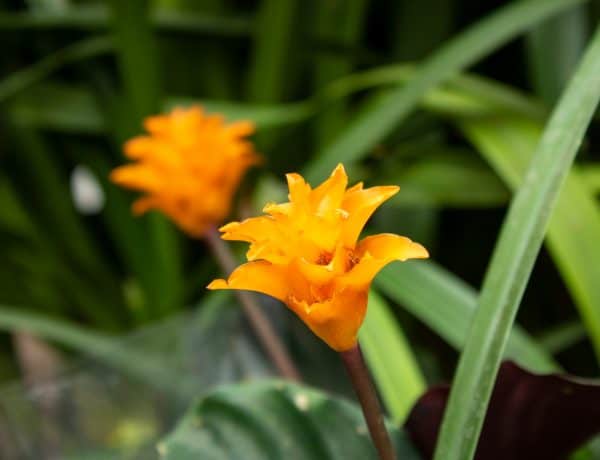