One of the easiest to care for Calatheas is that of the Calathea leopardina, which differs from most prayer plants in that it doesn’t have a rich maroon underside to its leaves and instead is green all over. Also known under the nickname of ‘Calathea freddie,’ here’s your ultimate guide on how to care for the Calathea leopardina, which is so-called thanks to its spotted leaf markings.

Calathea leopardina originates from the tropical regions of South America (particularly Brazil) and is fairly easy to care for in comparison with many other Calathea varieties. Part of the Marantaceae family, this particular plant is characterised by its long, oval leaves which are light green and marked by darker green spotted stripes. The plant is also known as Goeppertia concinna. 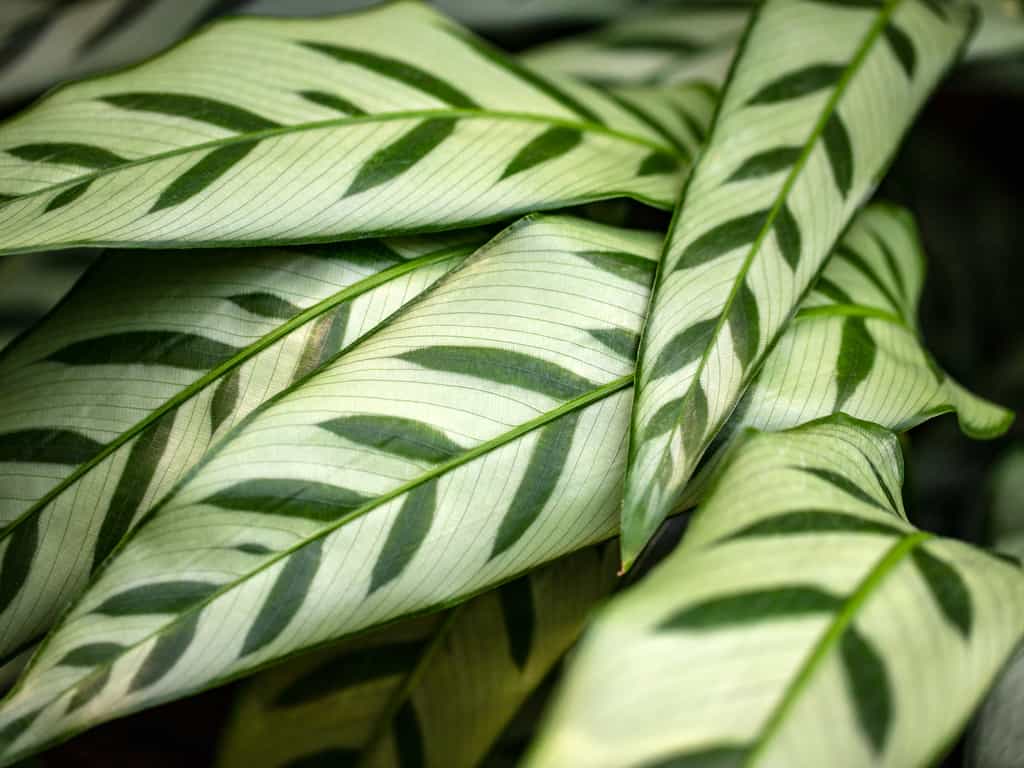 Light levels for the Calathea ‘freddie’

It’s a common plant growing myth that Calatheas are low level plants. Though most Calatheas, including Calathea leopardina, will tolerate lower lighting conditions, they do best in bright, indirect sunlight such as a few feet away from an east or west facing window.

If the plant is grown in not high enough levels of light, then it will grow at a slower pace. Conversely, Calathea ‘freddie’ is prone to its leaves burning if exposed to too much sunlight. Sunburnt leaves will appear brown and burnt and will not recover or revert to their previous colour and so should be removed.

If the plant is receiving too much light, then another common indicator is that the leaves will become duller and the distinctive and vibrant leopard-like markings will become less visible. If this happens, the plant should be moved to a lower lighting area immediately.

One of the most common plant issues that Calatheas face is watering. The Calathea Concinna Freddie likes to be moist at all times. Leaving the plant to dry out between waterings can lead to pests, and particularly spider mites (which are really difficult to get rid of).

The Calathea leopardina should be watered when the top inch or so of soil is dried out. With this being said, the best course of action is to water the plant little but often as the plant will not enjoy sitting in water (which is why the Calathea should also be potted into a pot with drainage holes). The plant sitting in water can lead to root rot, from which there is little chance of recovery.

Calatheas are particularly susceptible to the minerals in water and I find that they tend to struggle much more with the hard water where I live now than where I used to live, which had soft water. The water can lead to browning leaf edges. If this happens to your plant, be sure to check out our guide on how to fix brown and crispy Calathea leaf edges. 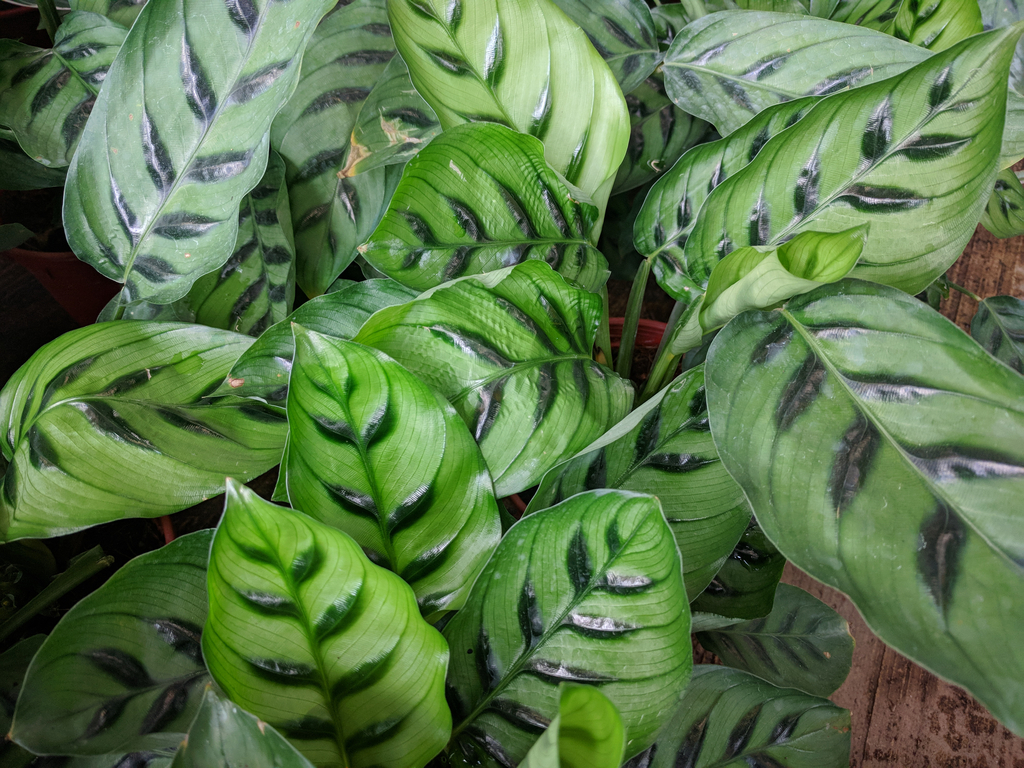 Prayer plants tend to be pretty fussy when it comes to maintaining high enough humidity levels, though Calathea Freddie seems to be a little more tolerant than other Calatheas. The number one sign that the plant is not receiving adequate humidity levels is crispy leaves.

This can be a particular problem during the winter months as central heating systems tend to dry out the air in your home. In order to increase humidity levels, you’ll want to consider misting the plant every few days or grouping similar plants together.

As with most houseplants, the Calathea ‘freddie’ should be potted into a well-draining mix which contains around 1/3 organic material, 1/3 sand and 1/3 substrate such as perlite. As there is no prescribed mix for exactly what the plant needs, your easiest option is to buy a pre-made soil blend which is formulated specifically for indoor plants and can typically be purchased at your local garden centre which sells inside plants. 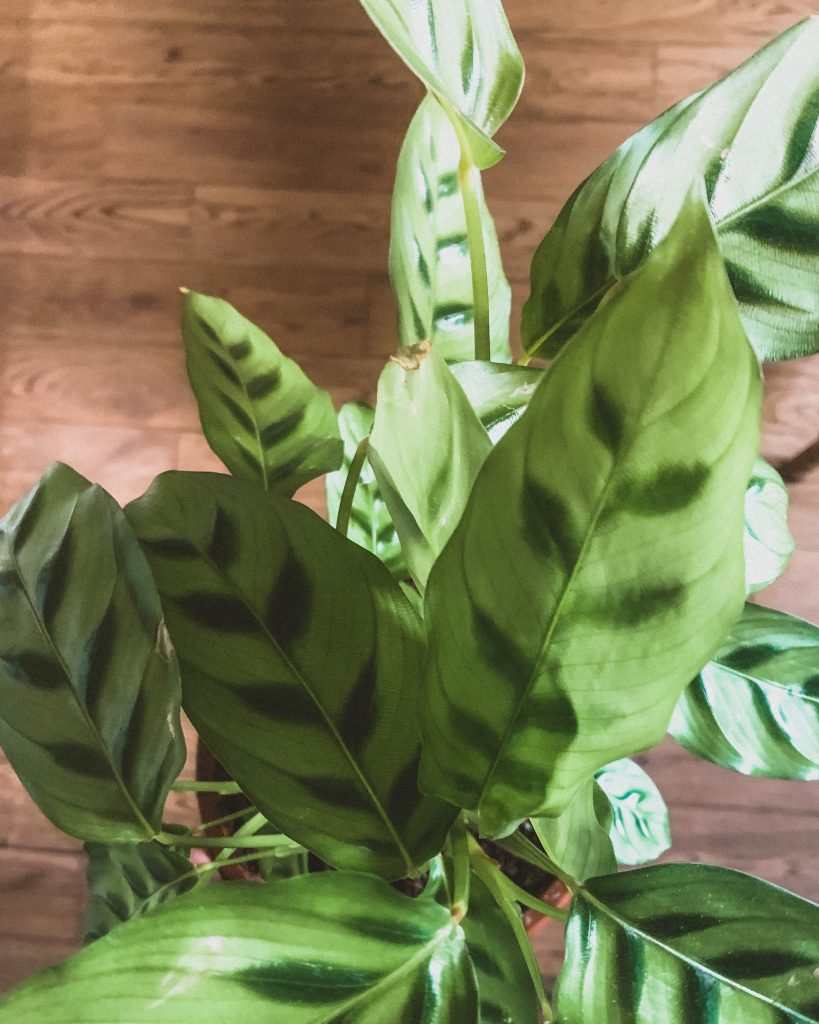 Unfortunately, unlike many succulent plants and philodendron varieties, most types of Calatheas grow via rhizomes and so cannot be propagated by rooted stem cutting. Instead, propagation is through division whereby the plant is divided at the roots into several plants during the start of the growing season (i.e. in the spring and summer).

When you’re repotting your calathea leopardina plant, simply shake off the excess soil and divide the plant at the roots and stems. Each division should ensure that the ensuing plant has at least three or four stems to allow for the best chance to survival.

As with the majority of Calathea types (with the exception of Calathea Eternal Flame), the Calathea ‘freddie’ Concinna is grown and prized for its stunning foliage instead of its blooms. Though it is fairly difficult to get the Calathea leopardina to flower inside, if it does flower it will produce spathes containing small white flowers which are fairly insignificant and do not have any fragrance.

Why are the leaves of my Calathea leopardina turning yellow?

Hands down, the most common problem I’ve personally seen and experienced when growing the Calathea ‘freddie’ is yellowing leaves. Yellow leaves should be pruned from the plant as they are taking energy from the plant and will not revert back to green. 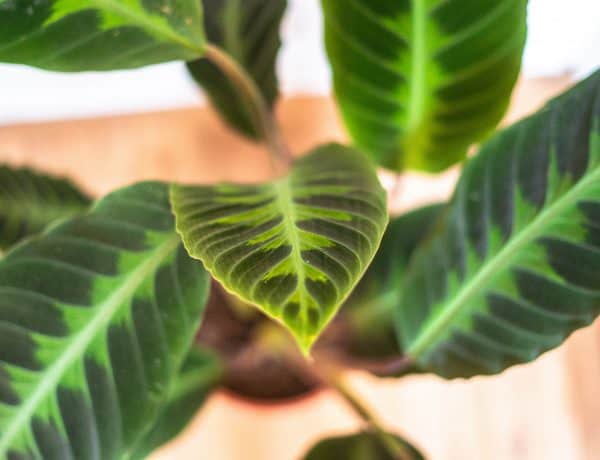 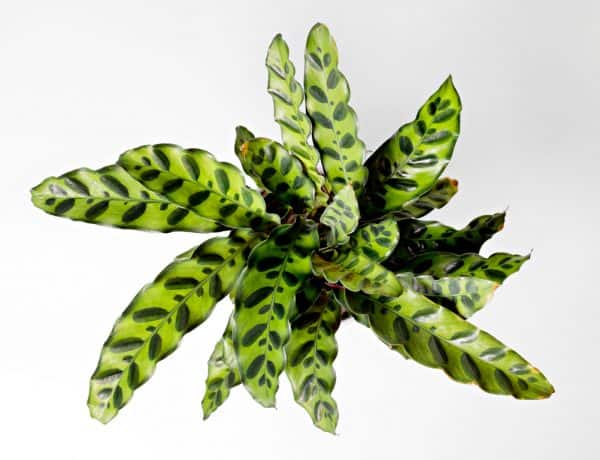