Few books have hooked me in recent years in quite the same way as Dolly Alderton’s memoir, Everything I Know About Love. Easy to devour in one sitting, I only wish there had been more chapters to consume! Here’s a book review for Alderton’s debut book, which I wouldn’t necessarily place into the ‘novel’ genre, but is instead a non-fiction memoir full of laughs, tears, and amusing anecdotes. More than anything, this memoir reads like having a conversation with your best friend…

Editor’s note: If you are able to, try and pick up a copy of the book with the yellow jacket. This is the most recent edition of the book and includes a new (later edition) added chapter of ‘everything I know at thirty’. 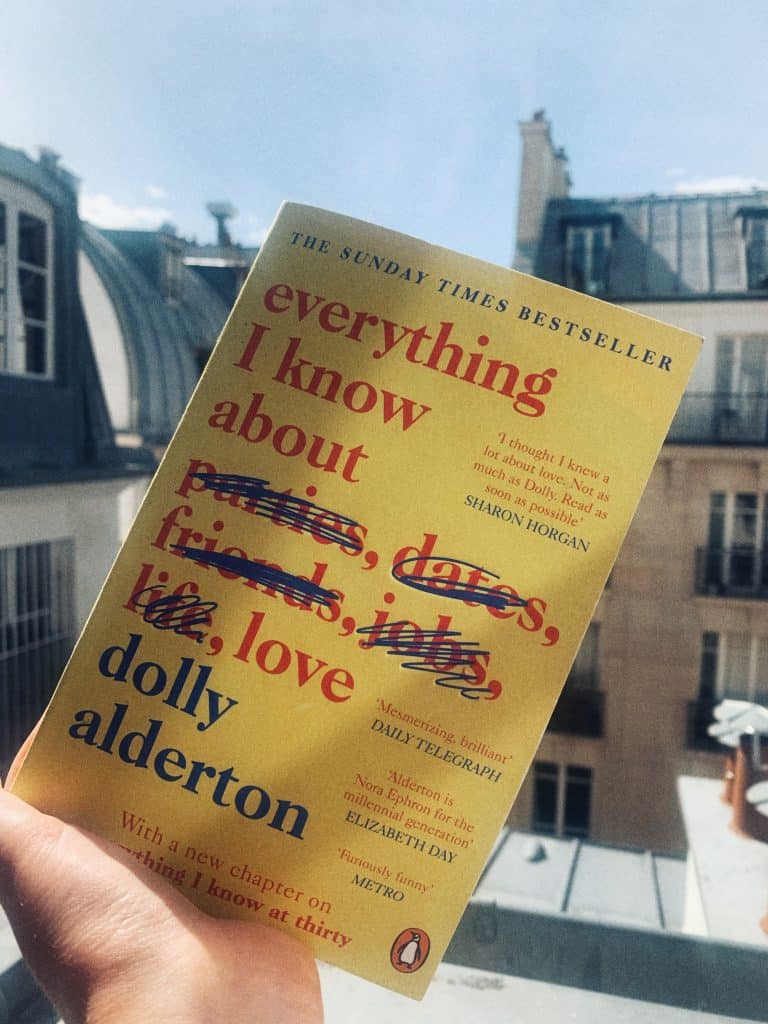 The cover alone is enough to make even the most casual book browser pick up the title. The phrase ‘Everything I Know About’ is proceeded by a crossed out selection of words ‘parties,’ ‘dates,’ ‘friends,’ ‘jobs,’ and ‘life,’ leaving only the word ‘love’ remaining.

Because indeed, while the essay-based memoir touches all of the bases on what it means to be a girl growing into a woman (meaning that all of these topics are examined), towards the end of the book, Alderton realises that the thread tying all of these seemingly unrelated topics together is, indeed, love.

What starts out with a chapter examining ‘MSN’ relationships from the noughties soon turns into deeper discussions about life, particularly towards the end of the book. The book covers the period of Alderton’s life from her early teens right up until her early thirties and she holds nothing back. From messy dating encounters to discussions surrounding mental health, this is the book I wish I’d read in my early twenties.

Who is Dolly Alderton?

Dolly is an award-winning journalist, as well as being the host of a podcast series called ‘The High Low,’ in which Alderton interviews guests regarding some of their most important and defining relationships. In terms of journalistic work, Alderton has written for the likes of The Telegraph, GQ, Red, and Marie Claire.

Who should read ‘Everything I Know About Love’?

The perfect book for those who are navigating their teenage years, twenties, and early thirties (though a great read for women of all ages), this highly relatable book comprises of chapter after chapter of essays focused on dating, forming female friendships, feminism, and navigating life in our busy modern world.

Even if you don’t have the time to get through the book in one sitting (though I highly recommend taking the time to allow yourself to do so), the topic by chapter formulaic nature of the book means that you can easily pick it up and put it down as needed.

Some might think that the topics covered in Alderton’s memoir, Everything I Know About Love, are vapid, self-serving, and at times, narcissistic (and I read some reviews to this effect). However, it’s more about a woman who makes mistakes, is not afraid to admit them and is just trying to figure it all out (much like the rest of us!)

It’s a great book for those who are feeling a little lost and, while their friends are getting married, are feeling a little left behind. It’s also the kind of book for hopeless romantics. Finally, I would also argue that, while dating men is discussed in great detail, the book is more of an homage to female friendships and sisterly bonds than anything else.

Star Rating for Everything I Know About Love

In a rather rare instance, this book can be awarded none other than 10/10 on a star rating. A rare exception among the non-fiction memoir genre, every single friend I spoke to with regards to this book told me that it was ‘one of their favourite memoirs they’d ever read’ and a fair few mentioned that they had read passages of the book on more than one occasion. The writing is raw, honest, and at times, downright gut-wrenching. 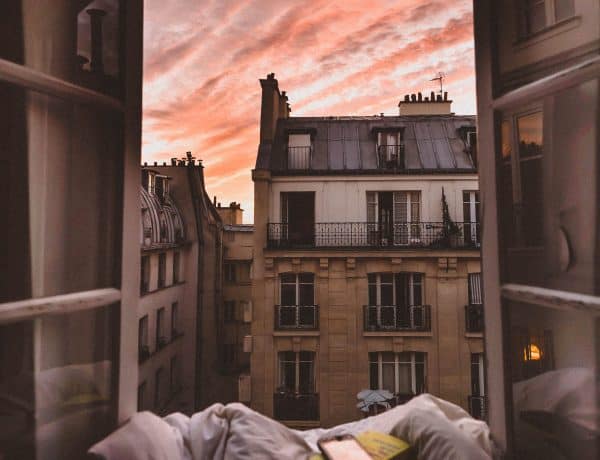 Paris Memoirs That Will Transport You Straight to France